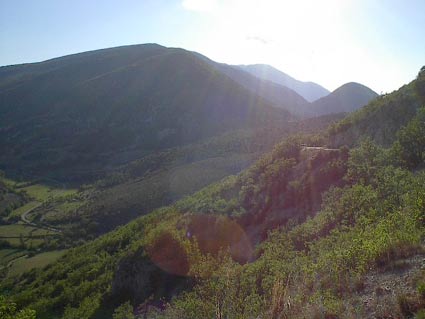 This region is topped by the port of Saint Malo and surmounted by the magnificent Mont-Saint-Michel, on the Brittany/Normandy border. The superb coastline, known as the Emerald coast, has numerous unspoiled sandy beaches, along with many fishing ports. Inland, the picturesque countryside offers many medieval towns to explore, such as Rennes, Dinan, Fougères and Vitré.

The green, flowered Normandy countryside stretches between the sea and hedged farmland, and provides marine, urban and country pleasures all at once.

Its coastline stretches from the famous monastery island of Mont-Saint-Michel in the West, passing the Cote de Nacre where thousands of Allied troops poured ashore in the closing stages of World War II, on to the chalky cliffs and long sandy beaches of the Côte d’Albatre, and finishing at the ultra-modern seaside town of Le Treport in the East. This beautiful coastline became a kind of open-air studio for Impressionist painters during the mid and late 19th century.

Inland it is a lush, pastoral region of half-timbered manor houses and apple orchards providing the famous cider and calvados brandy; and contented cows grazing in the deep green grass providing the rich cream, butter and cheeses such as Camembert and the heart-shaped Neufchatel.

Other highlights include Bayeux, where the story of William the Conqueror’s invasion of England is told in detail by the town’s famous tapestry; Monet’s garden at Giverny which is on the wooded banks of the Seine as it meanders from Paris to Le Havre; the Medieval city of Rouen where Joan of Arc was burned at the stake; and the pretty fishing ports such as Honfleur and Dieppe.

The Haute-Alpes is a region of dramatic peaks, high mountain passes, waterfalls, glaciers, and rushing rivers.

Situated to the south of the Alpine range, it is bordered by Italy to the East, the Rhone Valley to the west, and Provence to the south, and contains two of France’s national parks, the Ecrins, and the Queyras.

It is famous for both skiing and mountaineering, and is home to some of the highest routes of the Tour de France which regularly visits the area, the most well-known being the Cols du Lauteret and Galibier.

Centrally located in Provence, the Alpes-de-Haute-Provence offers an authentic, relaxing country Provence experience without the over-touristy feel of other parts of the region. This is the area for painters, writers, nature lovers, food and wine lovers, and outdoor sport adventurers. Within the lavender triangle, from spring to autumn it is a visual symphony of color, scents of Provence herbs which linger in the air, coupled with gourmet delights that will make your senses tingle.