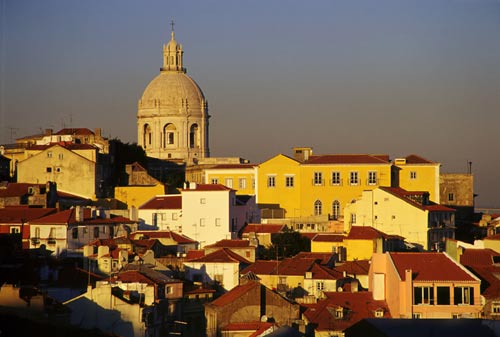 – Fresh seafood with chilled wine on a romantic beach at sunset…

Blessed with the finest weather of any European capital, Lisbon is famous for her sunlight: 17th-century Dutch diamond traders relied upon its clarity to accurately assess their priceless gems. Although no longer the richest capital in Europe, Lisboa is well proud of her historic past.

With its vast, open countryside and dazzling whitewashed villages, the Alentejo is considered one of the most picturesque regions of Portugal. Extending from the unspoiled beaches of the Atlantic, over undulating plains, through vineyards and cork forests to the rugged hills on the Spanish border, this area is commonly known as the “bread basket” of Portugal.

The Algarve has arguably the best year-round climate in mainland Europe, with daytime temperatures ranging from 15ºC in winter to more than 30ºC in high summer, and around 300 days of sunshine per year. The western Algarve is famous for some of the most beautiful beaches in the world, with a stunning, rugged coastline of cliffs and coves, grottoes and caves.

Perhaps Portugal’s best-kept secret, this is where the Portuguese escape for their vacation. While the Western Algarve is well-known to tourists, the undiscovered Eastern Algarve is still quintessentially Portuguese: cheerful natives, white-washed cottages and fabulous food. Enjoy its quirky Moorish architectural and culinary influences, stunning sunsets and remote island beaches.